You are here: Home » What is Cancer 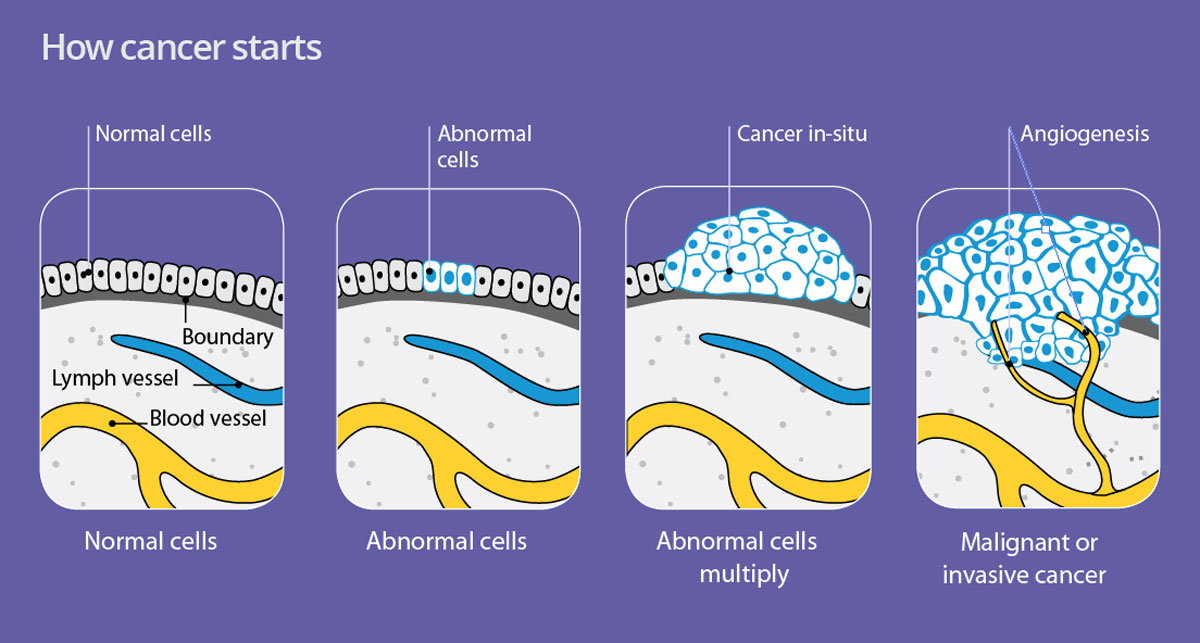 Cancer is a disease of the cells, which are the body’s basic building blocks. Our bodies constantly make new cells to help us grow, to replace worn-out cells and to heal damaged cells after an injury. Normally cells grow and multiply in an orderly way, but sometimes something goes wrong with this process and cells grow in an uncontrolled way.

This uncontrolled growth may result in a lump called a tumour or may develop into abnormal blood cells. A tumour can be benign (not cancer) or malignant (cancer). A benign tumour does not spread to other parts of the body.

A malignant tumour is made up of cancer cells, which grow out of control and are able to spread. The cancer that first develops in a tissue or organ is called the primary cancer. When it first develops, a malignant tumour may not have invaded nearby tissue. This is known as a cancer in-situ (carcinoma in-situ) or localised cancer. As the tumour grows it may spread, becoming invasive cancer.

Cancer cells can spread to other parts of the body by travelling through the bloodstream or lymphatic system. They may continue to grow into another tumour at this new site. This is called a secondary cancer or metastasis.

A metastasis keeps the name of the original cancer. For example, stomach cancer that has spread to the liver is still called stomach cancer, even though the person may be experiencing symptoms caused by problems in the liver.